What Should I Do When a Child Says “I’m Dumb”? 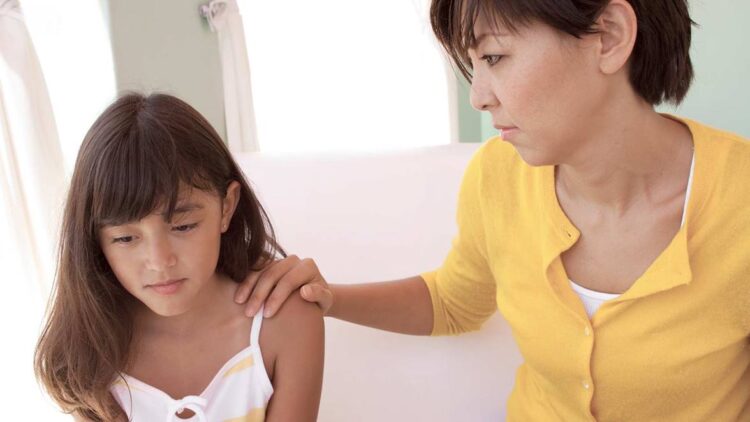 Hearing a child say, “I’m dumb,” is one of the most upsetting things to hear as a parent or educator. Unfortunately, when a student has a learning difference, it is also far too common. The truth is that everyone who works with students who have LD, or who struggle though they have no diagnosis, will be faced with this heart-wrenching situation. When a child says, “I’m dumb,” what do you do?

Understood.org recently posted an article that has advice from experts to help you deal with this difficult situation and avoid common pitfalls. Below are my favorite suggestions:

What’s the most helpful way to react?

Donna Volpitta: Focus on the idea that this feeling is a reaction to a situation, not a trait he has. It’s not about being smart or not smart. He’s just feeling frustrated about specific things.

Try to understand what’s making him feel this way. Help him realize that he can be in control of finding strategies that can help him with the challenge. Talk about different options he has.

What are helpful things you can say?

Bob Cunningham: No matter the situation, it’s important to acknowledge your child’s feelings. You can try saying something like, “I’m sorry you’re having a hard time. I know it’s frustrating, but that doesn’t mean you’re dumb.” If your child was reacting to something that’s challenging, you can often leave it at that and move on.

Annie Fox: Ask what your child means by the word “dumb.” It might not mean the same to him as it does to you. Once you get clearer on his meaning, ask: “What’s making you feel that way?” Or, “What just happened that made you feel ‘dumb’?” Calm, respectful, open-ended questioning will put your child at ease and allow him to speak from the heart.

Jenn Osen-Foss: Try not to sound accusatory, such as exclaiming, “Don’t say that!” Consider your tone when you respond. Avoid raising your voice or scolding your child. Scolding, in particular, could undermine the message you’re trying to convey.

Also, try not to respond to your child by saying, “You’re wrong.” Saying that may make him feel that he can’t even criticize himself correctly.

Mark Griffin: Short, simple, “I’m your parent and I love you” statements may not be helpful. Kids need to know why you think they’re really not “dumb,” but are capable. If they don’t believe they’re smart, they need constant reinforcement of why you think they are! They want concrete examples to hang on to during their struggles.

Give your child examples of when you saw him doing something successfully. The more specific you are, the better. Kids with learning and attention issues often feel their difficulties are overwhelming and they’re never going to get it right. It’s important to acknowledge that it’s a big challenge. But it’s not an impossible one.

Let us know in the comments if you have any advice for dealing with this and other difficult situations involving LD students or any student who is struggling in school.