Tips for Students with Dyslexia: Advice on Writing from a Dyslexic Author 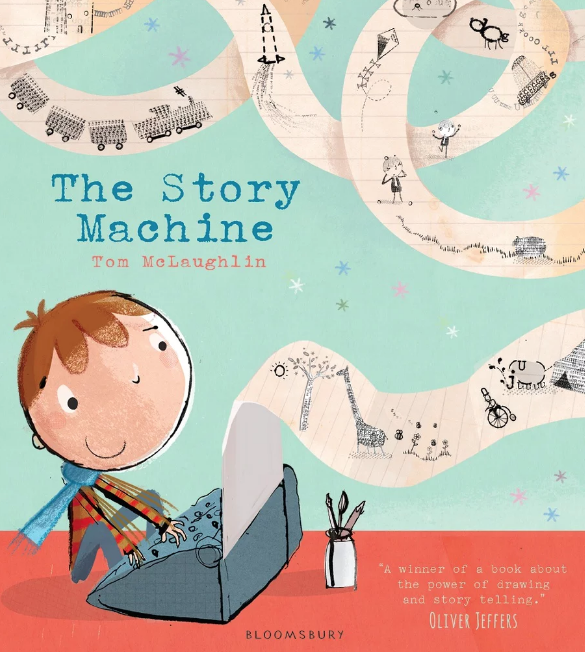 When people discuss dyslexia, they mostly talk about difficulty with reading. However, writing can be just as challenging for a person with dyslexia. Happily, I recently read a terrific article by Tom McLaughlin that addresses the subject: A dyslexic author’s writing tips for dyslexic kids. This article is full of great advice for students who struggle with writing:

I’ll level with you, I have a weird relationship with words, mostly I love them, but sometimes, just sometimes they drive me round the bend. Between them falling out of people’s brains and landing on the page, something happens, they become lost or begin to dance around on the

paper. It’s like I’m seeing them for the first time. The strange thing is this comes and goes. I have good days and bad. One minute I can be reading the most complicated thing in the world, I feel like I’m surfing along on every sentence, the next minute, I struggle to read the most simple of picture books to a child. Sometimes one I’ve actually written myself. I know, it’s embarrassing.

As an adult with dyslexia, I have definitely found myself in this exact same situation. One of the most frustrating things about having dyslexia is that it is so inconsistent! The fact that you can spell words one minute and then forget how a moment later can make you feel like you are going crazy.  McLaughlin continues: 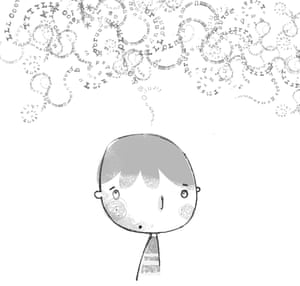 I’m going to say something that’s going to shock you now. You might want to sit down, no, go on, really sit down. Spelling isn’t important. It really isn’t, people get hung up on it. Being able to spell has nothing to do with being a good writer. Being able to know how a car engine works, doesn’t make you a racing driver. It’s about having something to say. It’s about feeling the wind in your hair. If anyone goes at your work with a red pen, grab it off them, snap it in two and throw it out of the window, then ask them to read what you have written, rather than correct it. Corrections can come later.

McLaughlin makes a valuable point. As educators we should be keenly aware of the difference between corrections and criticism. When I ask someone to look at my work in the early stages, I am really asking for a critique. I want to know if the themes and ideas in my writing makes sense.

However, I can’t even count the number times that someone will hyperfocus on spelling or grammar errors instead. Spelling and grammar are important, but spending time correcting them during the early stages is a distraction. All students benefit from help in organizing their thoughts and crafting their argument. Corrections around spelling and grammar are more helpful, and easier to mentally digest, on the final draft of a piece of writing. For someone with dyslexia, I find that proofreading is such a laborious experience that it completely interrupts my thought process if I do it while I’m still figuring out the general shape of the piece.

Never be afraid to think visually…If you’re not feeling particularly wordy somedays, write without any. Use pictures. Comic strips are stories, they have a beginning, middle and end, they just don’t need any words.

I find this advice extremely helpful. To this day, I will often make storyboards to plan my writing instead of following a traditional outline. Using a visual approach to organizing my ideas is easier because it saves me from being derailed by sentence structure.

Finally, McLaughlin encourages students with dyslexia to get informed and to advocate for themselves:

You should never be afraid to talk about being dyslexic, whenever I tell people, they’re mostly interested, and I get asked all kinds of question. In fact the more I talk about it, the more it feels like I’m getting to know myself a little bit more.

Learn about what dyslexia is, read about it, you’ll find yourself going “I totally do that!” quite a lot. There are many others like you, all of them probably have felt isolated, stupid, like they didn’t belong at some point too. 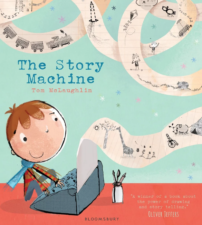 Don’t ever worry about being wrong. getting things mixed up. I’m going to shock you again now, but teachers are pretty lovely, I know they hide it well, but they are. They will always help.

I think this is a piece of advice that we can all benefit from!

Tom McLaughlin’s latest book is The Story Machine, a story about the power of drawing and storytelling.