Theater Games You Can Use to Teach Flexible Thinking – Part 1 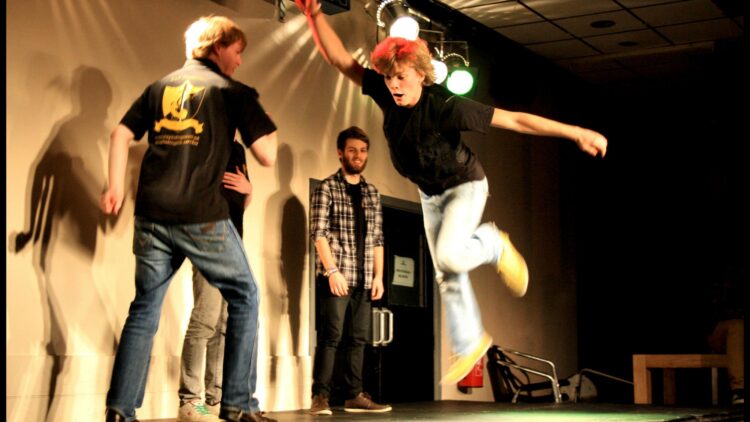 When students use one strategy to solve a problem and it doesn’t work, they will often continue to use the same strategy, becoming increasingly frustrated until they give up. It’s important to teach students to abandon unsuccessful strategies and to shift to an approach that might work better. This can be a tough concept for students. Luckily, there are fun and effective ways to teach cognitive flexibility using theater and improvisation games.

Why Theater and  Improvisation?

Actors need to be able to switch quickly between playing different characters. They have to quickly let go of whatever they were doing in “real life” to fully inhabit their character. Shifting flexibly becomes even more important when doing improv. During improv you literally don’t know what’s going to happen moment to moment, so you have to be ready to take anything that’s thrown at you and seamlessly incorporate it into your performance. To learn to shift quickly and flexibly, actors often turn to theater games. These games are fun and many work well in the classroom.

Below are some of my favorite theater exercises that help strengthen cognitive flexibility:

What are you doing?

The first player of the line steps into the circle and starts miming an activity. As soon as the activity is recognizable, player 2 asks, “What are you doing?” The first player offers an answer that has nothing to do with what he is actually doing (e.g., If player 1 is cutting someone’s hair,  he might say, “I’m reading the newspaper!”). The second player starts miming the activity stated by the previous player. A third player comes up to player 2, asks what she is doing, and so on.  Play until everyone has mimed something and has answered the question.

In this game, players need to come up with an original/funny use of a prop. They cannot use the prop in the way it is supposed to be used. You could really use any object as if it were a cell phone, but that is not the idea of the exercise. Ask students to look closely at the object (or its parts) and see what inspires them. One student, when given a chair, turned it into a prison by making the back of the chair the prison cell bars.

Players form a line on the stage. The audience provides a title for a story and a story genre. The emcee starts the game by pointing to a player who needs to start telling the story. At any point in time the emcee can switch to another player, who needs to continue the story flawlessly, even if the switch happened in the middle of a sentence or even in the middle of a word.

Players that hesitate, or whose sentences are not grammatically correct or don’t make sense, are boo-ed out of the game. The last player left ends the story.

Pick a group activity, like throwing a party or organizing a picnic. One player starts by saying, “Let’s…” filling in what she wants to do. Then she starts actually doing what she said she wanted to do. A second player jumps in and says, “Let’s…(do something else)” to advance the group activity. Both players say, “Yes, let’s do that!” and start doing whatever was suggested. A third player jumps in, suggests what to do, and all players loudly agree to do it and actually do it. Continue until everyone has suggested something.

And so on, until it turns out that the staff had a little party, accidentally set the kitchen on fire, used the water from the pond to fight the fire, and so on. Eventually, the only room still standing is the master’s study, the rest of the castle has burnt down, and all staff have fled. The servant must explain this detail by detail as if it is all a perfectly logical explanation.

To play this game, two actors start an improvised scene. At any point in time another player can call “Freeze!” This player then tags out one of the two actors and takes her place. Both players then start a new scene, justifying their positions.

The way this improv game is typically played goes against good improv, as many groups hardly take the time to develop a story line. If played this way, it’s more a game of wit.

Alternatively, you can let your students take their time and play every scene for several minutes, see what develops, and only at the end of each scene tag into another scene.

We love these theater games, and your students will too. The best part is that while you’re laughing you are also helping your students develop flexible approaches to problem solving. Stay tuned next week for even more games!

(Game descriptions are taken from The Improv Encyclopedia and Lives in Progress. Check out these websites for more great games!) 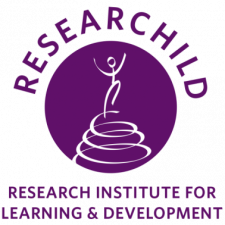