The Real-Life Inspiration for Percy Jackson 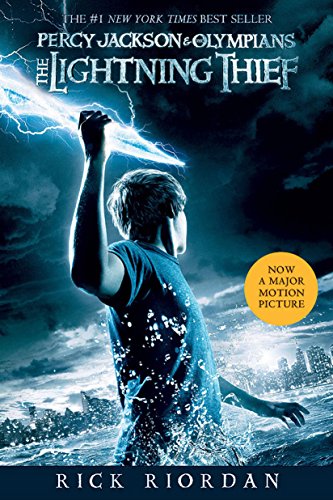 The Lightning Thief and the subsequent installments in the Percy Jackson and The Olympians series have long been some of our favorite books and movies that portray characters with ADHD and dyslexia. (For more media with great characters who have learning differences, check out this blog post!)

Percy Jackson starts the series as a student who struggles to focus in class and read at grade level, yet everything changes when he discovers that he is a demigod. Jackson’s adventures inspire many of our students because they show characters solving problems and succeeding not in spite of their learning differences but because of them. At the same time, the books don’t gloss over the real frustrations and challenges that kids with ADHD and dyslexia face.

Rick Riordan, the author of the series, has a son with ADHD and dyslexia. In this beautiful and touching blog post, he describes how his son’s learning differences inspired him to write the Olympians series. I particularly love this passage:

I thought about Haley’s struggle with ADHD and dyslexia. I imagined the faces of all the students I’d taught who had these same conditions. I felt the need to honor them, to let them know that being different wasn’t a bad thing. Intelligence wasn’t always measurable with a piece of paper and a number two pencil. Talent didn’t come in only one flavor.

This message is crucial for our students to hear. Too often students who have learning differences lose faith in their ability to be successful, when the truth is that “talent doesn’t come in only one flavor,” and if they hang in there, who knows what adventures they may have.

I recommend you read the entire post. What do you think of the Percy Jackson series? What do your students think? Let us know in the comments!