Students Speak: Would I Trade My Brain? Part 2 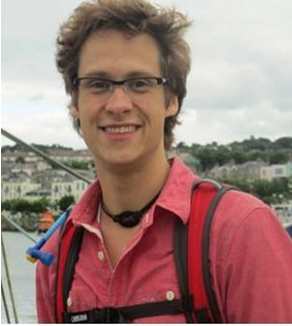 This is the second half of William Warren’s story on joining SMARTS. Check out Part 1 here.

“Now, back to my story. I’m at the first SMARTS end-of-the-year event, and we have a guest speaker — a successful local business man who also has a learning difference.  Picture a room full of kids sitting cross-legged on the floor, expectantly.

He began — and I am paraphrasing here — ‘Each and every one of you in this room is special. Did you know that?’ Nods across the room. They had heard this before. ‘Do you know why? Do you know why you’re special? You have an advantage. You have an advantage because you have a learning difficulty.  You already know how to work hard.  You’ve had to work hard your entire life. You understand that you need to work for what you want and not everyone gets that. That’s your advantage.’

This truth resonated with me and with everyone else in the room. It immediately changed the way I thought about my learning difference and my future, but why? There is so much emphasis placed in our society on being ‘smart’ and ‘successful,’ and for kids with learning difficulties that feel like learning is outside of their control, this can feel like all but a life sentence. But, if there is one thing that all kids with learning difficulties can identify with, it is struggling. It’s hard work. It’s perseverance and resilience in the face of challenge. So when you tell them that they are poised for success not in spite of their learning differences but because of their learning differences and because of all that hard work, it’s no wonder you get through to them.

I think we all left the room that day feeling strangely self-righteous about our learning differences. I know I did. And that feeling stuck with me. Working late into the night — writing papers, studying for exams — it still stuck with me and it kept me going. I didn’t realize this until college, but the reason it bothered me so much that I took so much longer than my peers to get my work done was not because I felt like it wasn’t fair or I wanted to be doing other things, but because I was afraid this meant I could never be successful.

Growing up, I always assumed that there was a direct one-for-one link between being smart and being successful. I had never really identified as being a smart person, so the realization that success takes hard work was oddly liberating. I was no longer so worried about being smart because I felt like I could make up for it with my work ethic.

Thank you, William, for such a heart-felt story on the power of SMARTS and how a learning difference can be viewed as a true asset. In the weeks ahead, we’ll be highlighting more stories from former SMARTS students, so stay tuned!