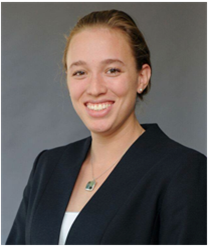 The following is a transcript from a speech given by Lily Corman Penzel at ResearchILD’s Pathways to Success Gala. Before becoming a public health professional, Lily was a student mentor in one of the first versions of SMARTS! In her talk Lily recounts the struggles she faced and how social support and acceptance helped her persevere.

“I’m lucky. When I was in the 4th grade and it was clear that I had more challenges than my peers when it came to certain types of learning, my parents insisted that my public school provide neuro-psych testing. When my school came back with results saying I just had behavioral issues, my parents took me to get a second opinion. When the school didn’t honor the opinion and then didn’t provide the services they were required to, my parents placed me in a private school for kids with learning differences.

Unfortunately, for too many students with LD issues like me, this is not how the story goes.

Stuck in schools that either cannot or will not provide the services my parents were able to give to me, students end up falling through the cracks and into all too predictable outcomes.

This is where the importance of SMARTS comes in.

By the time I signed on as a mentor for the original iteration of the SMARTS program, I had just completed neuro-psych testing at ILD and was in my last year at the Carroll School. For those of you who do not know, Carroll is a school specifically for LD students — so every day was a SMARTS class.

At the inaugural meeting of Community SMARTS, I already had a lot of the academic skills the program teaches. My mentee, on the other hand, did not. Still stuck in the doldrums of elementary school, she was floundering in a system built not to help her succeed, but to let her fail.

I cannot promise that I was the perfect mentor, or that the mentoring experience was always smooth sailing. It took more work on my part than I thought it would. Every week when we did check-ins on the phone, via email, or over ice cream, I saw a young girl struggling much in the same way I had.  How was I, a 14-year-old dealing with her own insecurities, supposed to help?

For five years SMARTS gave both of us an assist. It gave me a chance to learn to mentor and gain confidence in my voice. It gave Alexa a place be celebrated for her differences rather than marginalized or cast aside. We were part of the SMARTS program BECAUSE our brains worked differently. Not just anyone could be part of our club. When we were at SMARTS, neuro-typical took on a whole new meaning.

At monthly SMARTS meetings it was OK to not spell a word correctly while brainstorming for a project. No one cared. Taking a while to read through the written instructions? So was everyone else.”