Does Working in Groups Kill Creativity? 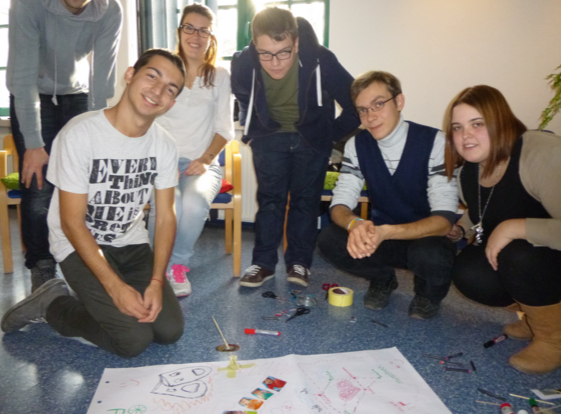 How do you promote original thinking in classroom group work? Adam Grant, author of Originals, has a lot to say about fostering creativity in ourselves and in children. In an interview on Mind/Shift, Grant shares some practical advice on supporting creative ideas within group work. He says:

You know, if you look at brainstorming research, we’ve got, now, almost half a century of experiments and field studies. What you see is that if you take five students and put them in a brainstorming group together, you will get fewer ideas and less original ideas than if you had taken those same five students and let them work independently, in separate rooms, by themselves.

And teachers find this maddening when they learn about it, because it goes against the idea of teaching teamwork and two heads are better than one.

It is maddening! But he’s not wrong. Group work is a wonderful tool for so many reasons, but if I’m being honest, I have noticed this tendency toward less creative ideas whether the group is made up of students or adults. As Grant points out,  several factors limit the creative output of group work:

One is called production blocking, and it’s the basic idea that we can’t all talk at once. And as a result, some ideas and some students just don’t get heard. Two, there’s ego threat, where kids are nervous about looking stupid or foolish, so they hold back on their most original ideas. And then, three is conformity. One or two ideas get raised that are popular. Everyone wants to jump on the majority bandwagon, as opposed to bringing in some radical, different ways of thinking.

Fortunately, there are ways to address these limiting factors. Grant recommends starting with the individual approach. By allowing students to generate creative ideas individually, free from the group constraints described above, you get the best of both worlds. In fact, he views the transition from individual brainstorming to group collaboration as a learning opportunity:

…I think that’s where you teach kids to work together effectively in groups. You say that individual idea generation works together really well, but then the group can come together to figure out which ideas to really bet on. That technique is actually called brain writing. Instead of brainstorm. It’s a great term and I think we should do more of it.

What you think about this group work method? Do you have any other ideas for making classroom group work more effective? Let us know in the comments!